When we talk about how films convey meaning we tend to refer to acting, music, dialogue, props and narrative developments, but often forgotten is the visual essence of a film itself, which is the cutting together of moving images – “motion pictures” – each one carefully tailored to meet a particular need or purpose

Most films and many important scenes within them open with an establishing shot. Typically this shot precedes our introduction to the main characters by presenting us with the locale in which the scene’s action or dialogue is about to occur. Occasionally, however, a director will use an establishing shot with another goal in mind. An opening view of a thousand soldiers parading in synchronized fashion might have little to reveal about the film’s geography, for example, but it does inform the audience that ideas about discipline and conformity are likely to arise in the material that follows. In this way, establishing shots can also introduce a film’s theme

After an establishing shot, most directors choose a long shot in order to progress the narrative. This type of shot displays the entire human physique in relation to its surroundings, so it is ideal for bridging the narrative divide between location and individual activity. A long shot is therefore often used to centre on a pivotal character in the scene. A film might begin with an establishing shot of bleak, snowy mountains and then cut to a long shot of a lone skier, for example, or a sweeping panorama of a bustling metropolis could segue into a street view of someone entering a building

From here the door is wide open for directors to choose whichever shots will enhance the narration. Close-up shots are popular in suspense sequences – a handgun being loaded, a doorknob being turned, the startled expression of someone freshly roused from sleep. Confining the visual field in this way adds to the viewer’s apprehension. Dramatic films will probably want to emphasise character interaction. The third-person shot – in which a third of the frame consists of a rear view of a person’s upper torso and head – can be effectively utilised here. This shot encourages us to actually slip into the persona of that character, and vicariously live through their experiences

A number of special-purpose shots are used quite rarely – once, if at all, in most films. One such type is the money shot. A money shot has no specific technical features or content, but is typically the most expensive element of a film’s production values and comes with a cost massively disproportionate to its screen time (which may be limited to just a brief glimpse). Because of its spectacular, extravagant nature, however, the money shot is a major revenue generator and is widely exploited for use in promotional materials. Money shots are most popular amongst – but not limited to – high visual-impact genres such as action, war, thriller and disaster films

But more affordable shots can also add an interesting twist to the story. The Dutch tilt can depict a character in a state of psychological unease by shooting them from a jaunty angle. In this way they appear literally and metaphorically unbalanced. A trunk shot often shows a small group of characters peering into the trunk of a vehicle. It is filmed from a perspective within the trunk itself, although frequently to avoid camera damage directors will simply place a detached piece of trunk door in the corner of the frame. This shot was a favourite of Quentin Tarantino and has been used in many crime and gangster films, often as a first-person shot through the eyes of someone who is tied up and lying inside the vehicle. A shot that has gained traction in avant-garde circles is the extreme close-up. This is when a single detail of the subject fills up the entire frame. Alfred Hitchcock famously used an extreme close-up in ‘Psycho’, when he merged a shot of a shower drain into a view of a victim’s eye. It has also been used in Westerns to depict tension between dueling gunmen eyeing each other up before a shoot out

Not all types of shots are used in order to enhance the narrative. Sometimes financial restrictions or technical limitations are a more pressing concern, especially for low-budget film makers. In the early murder mysteries of the 1920s and 1930s, the American shot – which acquired its name from French critics who referred to a “plan américain” – was used widely for its ability to present complex dialogue scenes without alterations in camera position. Using the American shot, directors have their cast assemble in single file while discussing key plot points. The result is an efficiently produced scene that conveys all relevant information, but the trade off is a natural tone. Because few people in real life would ever associate in such an awkward manner, American shots tend to result in a hammy, stiff feel to the production

Match each description with the correct term, A–J

Answer the questions below

Complete the summary below

Some shots are not used very often. Money shots have a high 38 ………. considering that they only last for a few seconds. The money shot brings in a lot of money, however, and is an important part of the film’s 39 ………… Other, less expensive shots can still be fascinating: a character can be made to seem 40 ……….. in both mind and body when filmed with a Dutch tilt, for instance

A bovid is any member of almost 140 species of ungulates belonging to the family Bovidae. The bovids are the largest family of hoofed mammals and are native to Africa, Europe, Asia, and North America. Members include antelope, bison, buffalo, cattle, sheep and goats. Bovids have mutually beneficial symbiotic relationships with bacteria and other microorganisms that allow the digestion of cellulose, the most abundant form of living terrestrial biomass, but one that is indigestible for many animals, including humans

Bovids are not so common in endemic insular faunas and are mainly recorded in Southeast Asia, Japan and some Mediterranean islands. Ely the late Miocene, the bovids rapidly diversified, leading to the creation of 70 new genera. This late Miocene radiation was partly because most bovids became adapted to more open, grassland habitats. Some species of bovid are solitary, but others live in large groups with complex social structures

All bovids have the similar basic form—a snout with a blunt end, one or more pairs of horns immediately after the oval or pointed ears, a distinct neck and a tail varying in length and bushiness among the species. However, the bovids show great variation in size: the gaur can weigh as much as 1,000kg and stands 2-3m high at the shoulder. The royal antelope, at the opposite extreme, is only 25cm tall and weighs at most 3kg

Despite differences in size and appearance, bovids are united by the possession of certain common features. Being ruminants, the stomach is composed of four chambers: the rumen (80%), the omasum, the reticulum, and the abomasum. Bovids retain undigested food in their stomachs to be regurgitated and chewed again as necessary Bovids are almost exclusively herbivorous. Most bovids bear 30 to 32 teeth. While the upper incisors are absent, the upper canines are either reduced or absent. Instead of the upper incisors, bovids have a thick and tough layer of tissue, called the dental pad, which provides a surface to grip grasses and foliage. All bovids have four toes on each foot—they walk on the central two (the hooves), while the outer two (the dewclaws) are much smaller and rarely touch the ground. Bovid horns vary in shape and size: the relatively simple horns of a large Indian buffalo may measure around 4m from tip to tip along the outer curve, while the various gazelles have horns with a variety of elegant curves

Bovids are the largest of 10 extant families within Artiodactyla, consisting of more than 140 extant and 300 extinct species. Fossil evidence suggests five distinct subfamilies: Bovinae (bison, buffalos, cattle, and relatives). Antelope (addax, oryxes, roanantelopes and relatives), Caprinae (chamois, goats, sheep, and relatives), Cephalophinae (duikers), and Antilocapridae (pronghorn). Unlike most other bovids, Bovinae species are ail non-territorial. As the ancestors of the various species of domestic cattle, banteng, gaur, yak and water buffalo are generally rare and endangered in the wild, while another ancestor, auroch, has been extinct in the wild for nearly 300 years

Antelope is not a cladistic or taxonomically defined group. The term is used to describe all members of the family Bovidae that do not fall under the category of, cattle, or goats. Not surprisingly for animals with long, slender yet powerful legs, many antelopes have long strides and can run fast. There are two main sub-groups of antelope: Hippotraginae, which includes the oryx and the addax, and Antilopinae, which generally contains slighter and more graceful animals such as gazelle and the springbok. The antelope is found in a wide range of habitats, typically woodland, forest, savannah, grassland plains, and marshes. Several species of antelope have adapted to living in the mountains and rocky outcrops and a couple of species of antelope are even semi-aquatic and these antelope live in swamps, for instance, the sitatunga has long, splayed hooves that enable it to walk freely and rapidly on swampy ground

Subfamily Caprinae consists of mostly medium-sized bovids. Its members are commonly referred to as the sheep and the goat, together with various relatives such as the goral and the tahr. The group did not reach its greatest diversity until the recent ice ages when many of its members became specialised for marginal, often extreme, environments: mountains, deserts, and the subarctic region. Barbary and bighorn sheep have been found in arid deserts, while Rocky Mountain sheep survive high up in mountains and musk oxen in the arctic tundra

The duiker, belonging to the Cephalophinae sub-family is a small to medium-sized species, brown in colour, and native to sub-Saharan Africa. Duikers are primarily browsers rather than grazers, eating leaves, shoots, seeds, fruit buds and bark. Some duikers consume insects and carrion (dead animal carcasses) from time to time and even manage to capture rodents or small birds

The pronghorn is the only living member of the sub-family Antilocapridae in North America. Each “horn” of the pronghorn is composed of a slender, laterally flattened blade of bone that grows from the frontal bones of the skull, forming a permanent core. Unlike the horns of the family Bovidae, the horn sheaths of the pronghorn are branched, each sheath possessing a forward-pointing tine (hence the name pronghorn). The pronghorn is the fastest land mammal in the Western Hemisphere, being built for maximum predator evasion through running. Additionally, pronghorn hooves have two long, cushioned, pointed toes which help absorb shock when running at high speeds

You should spend about 20 minutes on Questions 1-13, which are based on Reading Passage 1

Choose the correct letter, A, B, C or D

2- What are the most favorable locations for the existence of bovids?

3-What is the common feature of idle bovid species?

Look at the following characteristics (Questions and the list of sub-families below).

Match each characteristic with the correct choice:

Write the correct letter, A-D, in boxes 4-8 on your answer sheet.

NB You may use any letter more than once.

Answer the questions below. Choose NO MORE THAN THREE WORDS from the passage for each answer. 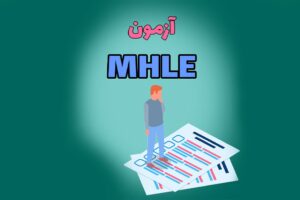 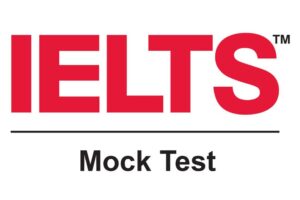 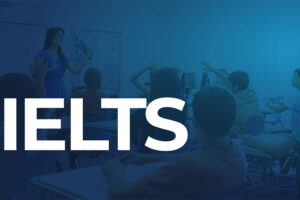 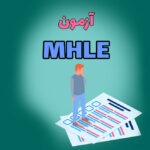 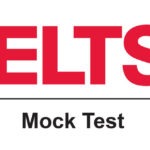 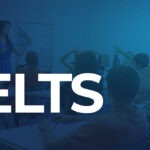 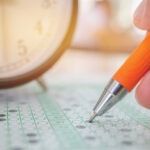 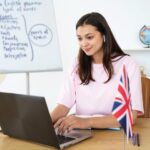 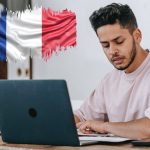